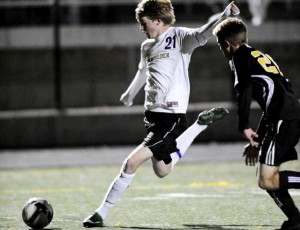 Walter Bertini (senior 2010) has verbally committed to playing collegiate soccer at Metro State University next fall. Walter is one of top 2010 recruits for Metro State’s Coach Ken Parson and he will be looking for Walter to make an impact right away in the Rocky Mountain Athletic Conference (RMAC) — one of the top NCAA DII conference in the country.

Walter was a two-year varsity starter and four-year Panther soccer player. In 2009, he helped lead Boulder High to the 2009 Colorado State Playoff Quarter-Finals. At 6’3″ and possessing a powerful and accurate shot, Walter was known for scoring big goals in big games. In 2009, Walter scored the game winning goals in each of the Panther’s playoff victories. He also scored goals in each of the Panther playoff victories over the past two years. As a senior, Walter was named All-State Honorable Mention, two time All-Region, All-Conference and developed a reputation as one of the most dangerous forwards in Colorado.

In the fall 2010 season, the RMAC will now feature a special Boulder High connection when Walter lines up across the field from his former teammate and Regis University starter, Adam Hinkelman (’09).