Four Boulder High Soccer players will be playing at the collegiate level next fall. This is the largest class of student-athletes to commit to playing NCAA soccer since 2001 and equals the program record set in 2001 and 1991. Congratulations to each of them and good luck at the college level. Will you be next? 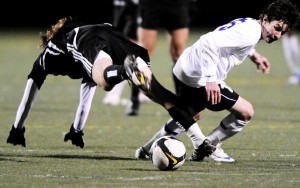 Senior Max Jaffee will be playing at San Francisco State University in the most competitive NCAA Division II conference on the West Coast. Max possesses exceptional quickness, agility and 1 vs. 1 skills. He developed a reputation as one of the most respected wingers in Colorado prep soccer. As a four year varsity starter, Max Jaffee helped lead Boulder High to four consecutive 5A State-Playoff appearances and a #2 Colorado ranking in 2010. In 30 years of BHS Soccer, Max is the only Boulder High player to have earned varsity letters on a playoff team each of his four years of high school. During the fall 2009 season, Max stepped up to help the Panthers where needed by playing outside defender which earned All-Conference honors from the league coaches. 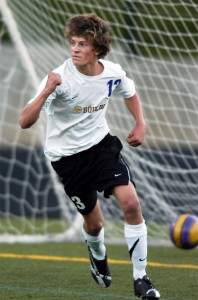 Senior Andrew Flint is attending Whitworth College (Washington). Andrew attended Shining Mountain High School and played his soccer for four years at Boulder High. Nicknamed “Warrior” for his competitive toughness and impact on the game, Andrew was  Co-Captain his junior and senior year. With his work-ethic, skill and strength, Andrew will be a solid addition to one of the top NCAA DIII programs in the country.  Andrew will be competing in the same conference as BHS alumni Devin Kuh ’09 (Whitman) and Sean Rice ’08 (Puget Sound). As a senior, Andrew as selected all-conference and all-region. 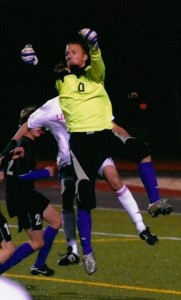 Spenst boxes the ball away from danger

Senior Garrett Spenst is attending the San Francisco Academy of Arts and has been invited to play on their NCAA DII soccer team. Garrett brings a high-level of athleticism to their program and will be competing for a goalkeeper position. Garrett transferred into Boulder High from Idaho in his senior year. After establishing himself as the starting goalkeeper, he posted an impress sub 1.0 goals against average per game. Garrett’s best game of the season was the 2nd round playoff game vs. #3 seed Liberty High School where be posted 12 clutch saves and then initiated the game winning goal with some smart tactical distribution from the goalmouth, helping send BHS to the third round of the state playoffs for the first time in school history. 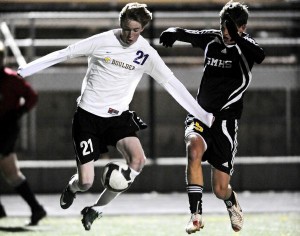 Bertini runs through the defenders

Senior Walter Bertini is expected to make an immediate impact at Metro State University, on one of the top NCAA Division II teams in the United States. Click here for the official press release from Metro State Head Coach, Ken Parsons. Walter imposed his will on high school defenses while playing varsity soccer his junior and senior year. Walter scored in all of Boulder High’s playoff wins in 2008 and 2009, was an All-State, All-Region an All-Conference player.