Boulder High School Boys Soccer is proud of the long list of players that have gone onto to play collegiate soccer. Send BHS Boys Soccer Alumni updates to coachhardy@gmail.com

Brook Assefa ('10) was recruited to play for 2 time NCAA DII National Champions and arguably the top NCAA DII program in the country, Fort Lewis College after a successful four years at BHS, three as a varsity starting midfielder. Colorado high schools had their first glimpse of Brooks potential when he scored the over-time winning goal versus Mullen High in the finals of the Arapahoe Warriors Invitational as just a sophomore in 2008. It all came together for Brook in his senior year as he stood out as one of the most composed and skilled midfielders in Colorado. In 2010 he earned 1st Team All-State honors, 1st Team All-Conference, 1st Team All-Region and helped lead the Panthers to their first appearance in 5A CHSAA Semi-Finals and their first League Championship title. As Co-Captain, Brook was the engine of the team's possession. For most of the season Brook was man marked, often by two midfielders while help Co-Captain the team to the most successful season in Boulder's 30 years of varsity soccer.

Cody Vann ('10), Co-Captain, will be playing defender at NCAA DII powerhouse Fort Lewis College as the most honored high school soccer player in Boulder High's 30 years. As perhaps the most dominating defender to play the in the back for the Panthers, Cody was the first BHS soccer player to be recognized as the Daily Camera Player of the Year, Front Range League Player of the Year, Denver Post All-Colorado Team, ESPN's Rise Magazine's Top Colorado Recruits, First Team 5A All-State, BHS Fall Male Athlete of the Year, All-Region and All-Conference. Cody helped lead the Panthers to a #1 5A State Ranking in 2010, #10 Western USA Ranking, the teams first Semi-Final State Playoff appearance and Front Range League Champions. Cody completed his Eagle Scout shortly after the fall season. Cody patiently waited until his junior year to play varsity soccer follow in the tradition of outstanding BHS defenders.

Andrew Flint ('10), Whitworth College, was the 2009 Co-Captain, All-Region and All-Conference student-athlete for BHS. Andrew was a two year varsity starter for the Panthers. Andrew made the transition from midfielder to central defender his senior year and anchored a stingy defense that supported the Panthers to its first ever third round playoff appearance. Flint was a role model of hardwork and commitment. 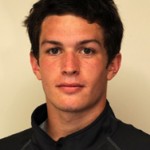 Max Jaffee ('10) is playing at San Francisco State University. Max was a four year varsity starter and the first player in BHS soccer to qualify for four Colorado State Play-offs. Max was an All-Conference and All-Region honoree his senior year. Max scored a goal in the first game of the season all four varsity years he played at BHS. 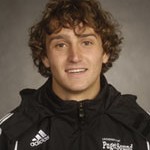 Congratulations to Sean Rice, Class of '08, who scored two goals in one game in his freshman season for the University of Puget Sound Loggers Men's Varsity this fall. Sean was three year starter, Co-Captain and All-Conference student-athlete for Boulder High. Sean unselfishly made the transition from an attacking midfielder to outside defender in his senior year. He is listed as a forward for the Loggers. As a freshman, Sean has worked his way into the starting line-up and he scored two goals in one game. 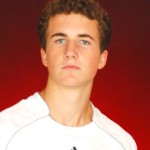 Tom Ashley (BHS 06') played in the midfield for Clark University (MA) for two years before transfering to the University of Colorado where he plays on the men's club team. Ashley was the 2005 Offensive Player of the Year for BHS and All-Centennial League. 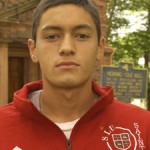 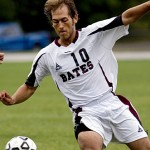 Dwayne Pelz (BHS 04') in action at Bates College (Maine). Pelz has been a three year starter for Bates and was named to the 2006 NESCAC All Conference team. Pelz was an All Centennial League player at BHS.

Jeff Hirsch (09) Carleton College. Jeff was a 3 year varsity starter who earn All-Conference honors, the Coaches Award of Excellence and three time State Playoff Qualifier. Jeff graduated with a 4.0+ GPA and is an Eagle Scout. 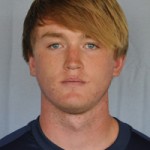 Walter Bertini ('10) was a two year varsity starter who scored 30 goals at the varsity level. He scored all of BHS' play-off goals in 2008 and 2009. Walter was a high touted recruit for Metro State University were he will see significant playing time as a freshman. As a Panther, Walter was named All-State and All-Conference. Few Panthers players imposed their will on the game as Walter. 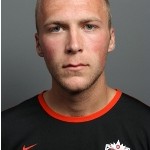 Garrett Spenst ('10) is playing goalkeeper at San Francisco Academy of Arts. Garrett posted a .8 goals against average in 2009 and posted a shutout in the second round play-off game vs. #3 seed Liberty. 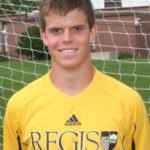 Adam Hinkelman (09) set the standard for exceptional defenders at Boulder High. He is the first player Boulder High soccer player to be named to the Denver Post All-Colorado Team. He was also a 5A 1st Team All-State Player, ESPN Rise Magazine All-Colorado Selection, All-Region Honors and 3 time All-Conference player. Adam was a 3 year varsity starter at BHS and played nearly every minute during those three years. Adam started nearly every game for Regis University as a freshmen. He was unlucky to have an injury the kept him out of the line-up his sophomore year but is looking to come back his junior year as impact player for Regis. 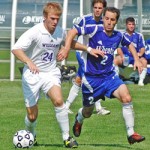 Patrick Huffer (BHS 03') is arguably the most successful collegiate player to every play for Boulder High School. Huffer, turned down offers to play NCAA Division I soccer and later offers to have trials with European professional teams to pursue his dream of being a medical doctor and attend NCAA DIII Williams College. Consistently ranked in the top NCAA DIII programs in the country, Huffer led the program as an 2 time NSCAA 1st Team All-American, ESPN The Magazine Academic All-American and 2006 NESCAC Player of the Year. In his senior year he was named the NCAA Scholar Athlete of the Year, an honor given to just one NCAA All-American Men's Soccer player each year and rarely given to a player outside the NCAA Division I programs. Huffer truly is a role model student-athlete. 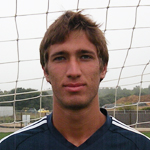 Kolya Glick (BHS 06'), Played two years of soccer at nationally ranked NCAA DIII powerhouse, University of California Santa Cruz. Before playing NCAA soccer at UCSC, Kolya was coach and captain of the UCSC Mens' Club team and spend a year traveling and playing soccer in Algeria. Kolya was an All-Conference player for BHS and team captain. Koyla was known as an athletic player who played like a man amonst boys at Recht Field.

Evan Barr (BHS 01′) is the only player to win two Club Soccer National Championships with the University of Colorado, once in 2005 as an undergrad and once in 2010 as a graduate student. Evan has also coached boys and girls at Boulder High.

Jared Lipton (BHS 04′) won a national championship with the University of Colorado men’s club team in 2005.

Sean Batson (BHS 07') was four year NCAA starter at Emerson College. Sean was a two year varsity player at BHS. He began his senior year as a starter for Boulder High before illness kept him see action. That didn't stop him from having an excellent college soccer experience. 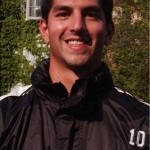 Sebastien Colom (BHS 92′) is one of the “legends” of Boulder soccer. His single season total assists record of 13 still stands at the University of Tulsa (NCAA Division I).